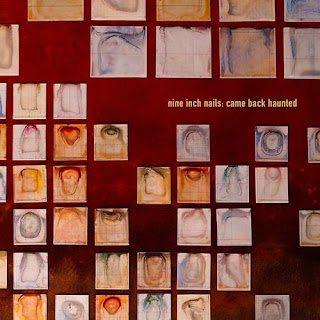 During a relatively short sabbatical from his main musical project, upon which he scored two major films, won an Oscar, and released a full album and a half of material with his wife Mariqueen Maandig under the name How To Destroy Angels, Trent Reznor has resurrected Nine Inch Nails. A new single, a new full length album (due Sept. 3rd), and a planned North American Fall Tour all comprise the Industrial King of Darkness’ return. The first single off the new album, titled Hesitation Marks has debuted, and it’s everything long term NIN fans have come to expect and want from Reznor.


Much has been made about “Came Back Haunted’s” retro-NIN sound. Some think that it sounds like something off of NIN’s first two albums, when in fact it sounds like neither album. It’s an amalgamation of the many different, yet instantly recognizable, NIN sounds that we’ve been hearing for over two decades now. One of Reznor’s strengths is his ability to stay true to his chosen sound while pushing the boundaries of available technology to create something new. Pretty Hate Machine’s sound was synth and electronic beat driven (in the face of the rising grunge guitar revolution). Broken was live drum and guitar driven. The Downward Spiral was awash in white noise and screams. The Fragile stuck to The Downward Spiral’s musical theme, but dropped the white noise and screams and began Reznor’s slow drift towards ambience, and overabundance. The incredibly tight, and tightly wrapped, With Teeth was very nearly Reznor’s most complete and commercially ready made album. Year Zero, saw electronica creep back into Reznor’s modus operandi in a big way, and The Slip slipped (pardon the pun) a little too far into the ambience that would make Ghosts only slightly interesting and The Social Network soundtrack (conversely) Oscar worthy.


“Came Back Haunted” lacks live drums, but everything else in the song, from the cranky guitar to the white noise foundation that shifts the sonic foundation under your feet to the repeated beat to Reznor’s interesting (as always) metaphorical lyrics feels drawn from every era of Reznor’s music. One of the most interesting aspects of “Came Back Haunted” are the aforementioned metaphoric lyrics. Reznor discourses on things he’s seen on the “other side” and what “they put inside of me” while on said other side. These things cause him to be haunted. Since no song (or work of art) exists in a vacuum and authorial intent is present in everything that is created, one can’t wonder what Reznor is singing about. Now that he’s back as NIN, is he commenting on the other side of the musically accepted spectrum, i.e. Oscar driven fame instead of rock/alternative driven fame, etc, or is he simply dabbling in that dark spiritualism that has always been the ghost in the machine of Reznor’s most harsh and inhuman, or at least inorganic, sounding music? As it is for the best of artistic projects, the more open the interpretation of a work of art is the better and more interesting its impact is. “Came Back Haunted” is one of Reznor’s most interesting, hard hitting, and thematically open ended, works of art.

So while we have to suffer through the summer months with only “Came Back Haunted” to keep us going until the days begin to shorten and cool as they creep slowly towards the dark half of the year, at least we know that this year’s dark side will bequeath us something to help us commune with that dark half: what might be the most ambitious and best Nine Inch Nails album yet.