Soundgarden: Been Away Too Long (Review) 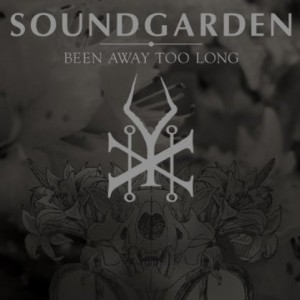 "I've got nowhere to go since I got back," wails Soundgarden frontman Chris Cornell on "Been Away Too Long," the lead single off of Soundgarden's first new album since 1996's Down on The Upside, but it appears that (finally) Soundgarden found somewhere to go. For the band, it's full steam ahead into the battle to reclaim hard rock from the awful likes of Nickleback and Three Days Grace. "Been Away Too Long" embodies everything that is good about Soundgarden's sonic stylings and makes the most of Kim Thayil's droning guitar sludge, Cornell's powerful vocals, Matt Cameron's inspired drumming (I'm still convinced he's the best drummer to emerge from the whole Seattle scene), and longtime bassist Ben Shepherd's thick bass lines. Finally, a high profile rock song worth listening to in the vein of 90s grunge has arrived.

Read more »
Posted by The Ear at 1:15 PM No comments: Links to this post