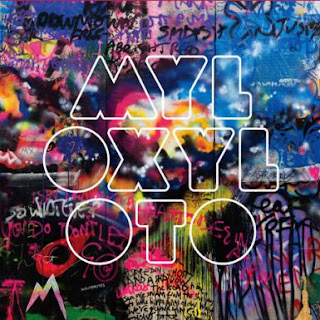 The comparisons have always been there. Since Coldplay apes much of what makes U2 unique: the simple yet somehow complex sounding guitar work, the marching drums, and the political lyrics, the comparison to U2 has merit. Mix in Chris Martin’s self importance, the fact that all Coldplay songs sound vaguely alike upon first listen, and Brian Eno as producer and the metamorphosis is complete. Coldplay is really the new U2 now, but sadly they don’t sound as good, interesting, or powerful as U2 did for years (and still do to me—although that’s an opinion that many would argue with, including many a former long term U2 fan). I suppose every alt-rock generation (a term that really doesn’t exist anymore, but I like to hold on to) needs a U2. U2 aren’t finished by any means though, even though their massive 20th Anniversary Edition of Achtung Baby is unbelievably only a week away. The guys from Dublin are still making interesting music. Coldplay, as a band, is now the reigning king of political/poetic/thinking man rock though. Like U2, you either love them or hate them. Strangely, I fall into a third rare, but not unknown category, I don’t hate them, but I definitely don’t love them. I guess I could say I like them as one likes a cold day. Exhilarating at first and almost beautifully melodic, but if it drags on too long, becomes numbing. Like a cold day, you have to just get inside and away from Coldplay after a bit, more often than not now, at least at this point in their career.
Read more »
Posted by The Ear at 4:30 PM No comments: Links to this post 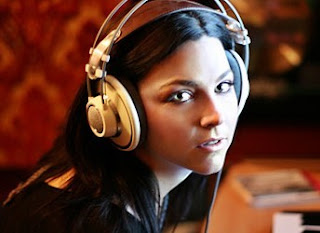 Evanescence makes profound, lyrically deep, and darkly romantic music that speaks to the soul...if you’ve the soul of a tween or particularly moody teen, or actually are a tween or particularly moody teen. Granted, when I was of that age, I probably would have felt this same way about a band like Evanescence. That’s the age when most kids are discovering the original late 18th and early 19th Century romantics in school, realizing their mortality, and generally experimenting with grander thoughts about the world and their place in it. Although Shelley, Byron, Coleridge, et al were quite a bit more profound with their words than Amy Lee is on her second full Ben Moody-less project album. That’s really what Evanescence is now. Now completely devoid of all the former members that came together to make Fallen (2004), the Amy Lee helmed/Ben Moody-less project called Evanescence, marches on. Amy and her main songwriting partner Terry Balsamo (also of Cold) continue to churn out the moody nu-metal styled goth rock. Wow, that description sounds so much like a cliché now over a decade since the inception of “nu-metal” as a real category in the rock/metal canon. Nu-metal hasn’t held up too well over the years. At least grunge got a decently imitated. Nu-metal has drowned in its own ponderous weight and allowed moody punk to gain a foothold in its targeted market (and greater acceptance in the pop culture arena) in the form of emo and its many derivatives.
Read more »
Posted by The Ear at 8:05 PM No comments: Links to this post 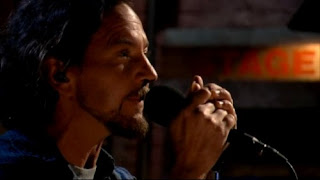 Pearl Jam took part in the Late Night with Jimmy Fallon Show's “Pink Floyd Week” event of September 26th through the 30th 2011 that was designed to bring attention to the recently re-mastered and re-issued classic Pink Floyd albums. Many bands, along with Roger Waters himself, made appearances that week on the show. Pearl Jam appeared on the Friday night show of the week and covered “Mother” from Pink Floyd’s magnum opus The Wall. Of all the songs played by all the bands that appeared, Pearl Jam’s choice of “Mother” was the most significant, and historically and personally (to Pearl Jam) synchronic. Besides being a powerful and moving performance, as most Pearl Jam performances are, Pearl Jam’s chosen performance of “Mother” thematically matched the band’s overall thematic message and lyrical interests as well as bringing to light the band’s political message. A message that is a spiritual inheritor of Roger Waters’ original political and lyrical message that infuses The Wall with important meaning. Like nearly everything that Pearl Jam does, composes, and plays, their performance of “Mother” was an intelligent statement on where society in general, and the band personally, have been and are potentially going.