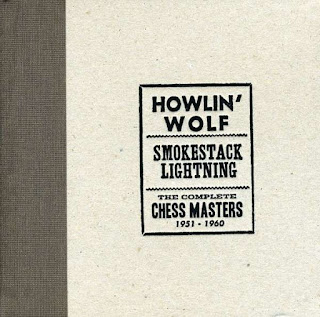 Every form of guitar based rock music, from metal to alt-rock, owes its existence to the Chicago bluesmen of the mid-20th Century, and Howlin’ Wolf (Chester Arthur Burnett) was one of the Chicago blues’ biggest and most influential names. A hulking figure with an alternatingly booming and scratching voice (that would later be emulated and popularized by the legendary DJ of the nascent rock and roll era, Wolfman Jack), and whose guitar player, Hubert Sumlin, would inspire everyone from Eric Clapton to Jeff Beck to Jimmy Page to Jack White, Howlin’ Wolf was truly a legend amongst the many legendary blue guitarists and singers that came out of Chicago during 1950s. Over the years Howlin’ Wolf’s recordings have been packaged and repackaged over and over to varying quality and results. With the release of Howlin’ Wolf: Smokestack Lighting/ The Complete Chess Masters 1951-1960 though, anyone with an interest in or love of this long gone, but never forgotten, legend finally has one definitive collection of Wolf’s masterworks at their fingertips. 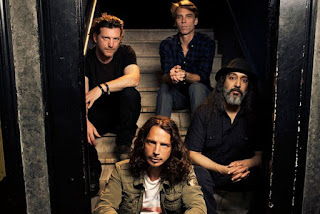 Original grunge pioneers Soundgarden are back with their first new music since 1997. Unfortunately, it’s only one song, and it’s for a mega Hollywood blockbuster’s soundtrack, but there’s no denying that “Live to Rise” is something that this Gen X’er has been dying to hear. So, without further ado…has the wait been worth it?

Read more »
Posted by The Ear at 1:20 AM No comments: Links to this post 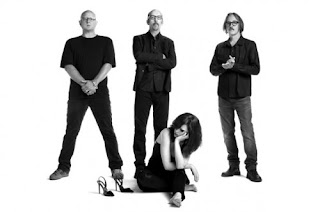 1990s alt rockers Garbage are back with the first release off of their highly anticipated album Not Your Kind of People (due May 15th). Garbage is definitely not your kind of people (or music) if you like the regurgitated and processed pop, watered down trip hop, and formulaic rock that dominates Top 40 these days. Even though at their height (and introduction actually) Garbage wasn’t very alt anything and many decried legendary producer Butch Vig’s project as a watered down NIN rip off with a sexy and trashy sounding and looking alterna-chick for a front man (uh..woman), but then again who in the ‘90s wasn’t compared to Trent Reznor if they employed any type of electronic/industrial sound in their music? Garbage was one of the most unique sounding rock acts that hit the airwaves nearly twenty years ago, and still are today. In fact, no one sounds like them right now. Perhaps an injection of “NIN rip offs with a sexy chick singer” is just what “modern rock” needs.