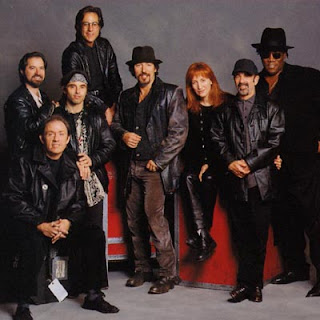 Brendan O’Brien was to Bruce Springsteen what Rick Rubin was to Johnny Cash. This is not an exaggeration. During the 1990s, The Boss’ album sales were floundering. His music was also suffering in popularity, respectability, and, worst of all, in relevancy. Yeah, he won an Oscar for “Streets of Philadelphia” written for the Philadelphia soundtrack, and his solo work still stood the test of time as populist rock and roll classics, but he wasn’t gaining many new fans. More accurately, Springsteen’s songs weren’t getting much attention as they sounded dated compared to the popular rock music of the time, namely Pearl Jam, Soundgarden, and the rest. Springsteen’s songs were on the same level of intelligence and complexity of structure and lyric as these guys’ songs (albeit not exactly in the same subgenre of rock), they just didn’t really sound like these guys’ songs. Enter Brendan O’Brien. 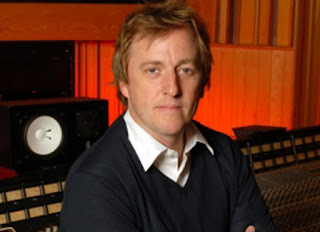 Brendan O'Brien
It’s pretty well understood that The Boss is at his best when he’s got an axe to grind. That axe might be the despair that America faced in the weeks after the events of 9/11, a Great Recession, or widespread social injustice. When he got ready to release The Rising, his first major album of the 2000s and his first with Brendan O’Brien, the events of 9/11 were still on the minds and hearts of Americans, and no one had the moral authority and ability to comment on these events than Springsteen did as America’s reigning rock-poet laureate. The great songs on this album would have fallen on deaf ears though had O’Brien not been the producer.
If The Rising sounded like Born in The USA, it would probably have been received as a parody album. The studio magic sounding (if not actually auto tuned in any way) songs of Born in The USA, with their drenched in synth sound, are incredibly dated sounding. Springsteen’s poorly received early 1990s albums, Human Touch and Lucky Town, sounded much like his 1980s stuff, so in turn they sounded out of touch. Again though, it’s not that the songs were poorly written or anything. Production values are just more important than most of us music fans realize, and Bruce really needed a sonic update. Again, enter Brendan O’Brien.
O’Brien produced some of the most important and sonically gripping albums of the 1990s including Pearl Jam’s Vs. and RATM’s Evil Empire. His focus on percussion and raw live sounding guitar work made these albums sound as if you were in the room with the musicians while they were recording. O’Brien took brought Max Weinberg’s drums to the fore of the E Street Band’s sound, slightly grunged out the band’s guitar sound, and then drenched the whole thing in the captured live and loud sound that he, and millions of his fans (as well as the artists he’s worked with), loved so much. Oh, and yeah, he dumped the synths…thank goodness.
With the focus on the drums, bass, and guitar, peppered generously but sparingly with some keyboards, horns, and strings, Springsteen’s albums of the ‘00s, The Rising, Devils and Dust, Magic, and Working on a Dream were easily his best sounding albums of all time. They were totally Bruce Springsteen and The E Street Band albums, with the exception of Devils and Dust which was for the most part a solo album, but they were louder, clearer, and more powerfully live sounding than anything else Bruce and his band have recorded.
By getting away from the sounds that dated Springsteen, O’Brien modernized his sound and cleared away any of the sonic distractions that could have possibly detracted from the brilliant songwriting and playing of Springsteen’s. This updating of Springsteen’s sound introduced him to a whole new generation and added to his legendary and well deserved status as one of America’s greatest songwriters. Like Rick Rubin was the best thing to happen to Johnny Cash’s sound, Brendan O’Brien was the best thing to happen to Springsteen’s.
Posted by The Ear at 12:15 AM