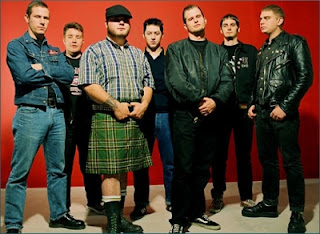 It’s that time of year again. St. Patrick’s Day is upon us and this year it’s on a Saturday. Always a great excuse for all of us to lay claim to that, however insignificant, Irish-Celtic heritage we all wish we had (if we don’t already), and drink gallons of Guinness, wear green, and rock out to some Irish tinged rock music. Two bands come to mind most specifically, to me at least, when I think of a suitable playlist for St. Paddy’s Day, even though these two are just a small sampling of all the great Irish or Celt-Rock bands out there.

First and foremost, Boston (perhaps the biggest Irish city in the world outside of Dublin) natives The Dropkick Murphys lead the Irish Celt-Rock charge. Full on punk rock infused with bagpipe backings, The Dropkick Murphys’ songs are fist pumping, beer swilling, and generally rowdy rock anthems about working class heroes, everyday triumphs and tragedies, and all around fast played and pulse quickening chords a la The Clash, The Ramones, and AC/DC (influences cited by lead singer Al Barr). Renowned for their legendary St. Patrick’s Day Week concerts in and around the Boston area (which sadly I’ve never had the privilege of experiencing, but hope to one day) as well as their two chart topping hits, “I’m Shipping Up to Boston” and “Tessie,” which was written and recorded as the song to be played after Boston Red Sox home game wins, The Dropkick Murphys are one of those Celtic/punk fusion bands that can (and should) be enjoyed year round, not just on St. Paddy’s Day. There sound isn’t all amped out punk guitar though. Their catalogue is peppered with some acoustic and folk string instrumented ballads and songs. So, while they are best experienced during a concert or raging St. Paddy’s Day party sing along, there’s also plenty of low-fi Dropkick Murphys songs for the morning after hangover to let you down a little more gently. 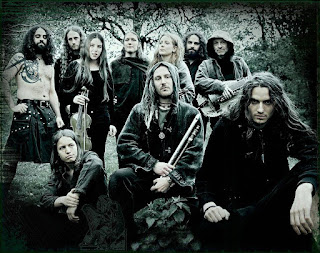 On the other side of the rock music spectrum, Celtic folk-metal band Eluveitie brings their own unique Celt-infused folk metal sound to bear in their brilliant work. Hailing from Switzerland, but incorporating pan-Celtic sounds into traditional metal structures, Eluveitie are truly unique amongst folk-metalists mostly because they actually do it so well. Not quite the Irish drinking anthem band that The Dropkick Murphys are, Eluveitie are a much more intellectual and complex Celt-rock experience. Complex rhythms, an intricate weaving of folk instruments with electric guitar, and unique storytelling comprise their albums, especially their most recent one, titled Helvetios. Eluveitie is a fascinating, thinking man’s metal that celebrates an all but lost medieval culture that really existed, and not some made up Dungeons and Dragons faux history, the likes of which some bands repetitiously celebrate.

So for all the rockers out there, celebrate St. Paddy’s Day with plenty of Guinness, your best friends, and spin some of the two best Celtic inspired rock bands’ albums, at least a time or two, this weekend and have a Happy and Safe St. Patrick’s Day!
Posted by The Ear at 1:50 AM