Garbage: Not Your Kind of People (Review) 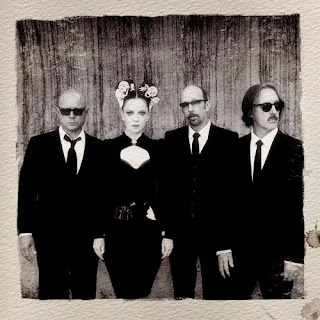 Legendary producer Butch Vig’s techno-rock band Garbage is one of best produced and unique sounding bands recording right now, mostly because no one else sounds like them. Their edgy alt-rock cred is long gone though. In fact, they are not even considered “alt” anything anymore, just as any band that might remotely sound like them in any way would not be considered alt anymore. There really isn’t an “alt” rock tag that is viable these days. Mostly, anything that is “alternative” (at least according to iTunes) has nothing in common with Garbage, Soundgarden, Pearl Jam, or any of the old “alt” 90s bands. Browse the “alternative” page of iTunes and you’ll see bands like The Decemberists, Jack White, The Black Keys and Keane. Yes, Garbage is still listed as an “alternative” band in iTunes, but c’mon, really? So, to hell with the tags, the rock camps, and the punk vs. metal vs. grunge vs. indie bullshit. If something rocks it effin’ rocks, and Not Your Kind of People definitely rocks.

The sexiest vocalist of the 90s, Shirley Manson, still has it. Her voice, backed by Vig’s drumming and programming, Duke Erikson’s bass, and Steve Marker’s chunky guitar is as sexy and dangerous as it ever was, even if Not Your Kind of People doesn’t break new ground for the band as much as return it to its roots as a hybrid electronica/rock band. The band broke new ground already on their unjustly overlooked and underappreciated 2005 album Bleed Like Me, where raw guitar and live arrangements ruled (and rocked) the day. NYKOP relies a little more heavily on the super-production, syncopated beats, and electronica atmospherics than Bleed Like Me did. That doesn’t mean that Marker’s guitar gets lost in the mix though. It’s as loud, heavy, and powerful as ever, especially on tracks like “Control.” One of the album’s strongest tracks, “Control” throbs with heaviness while conjuring the spirit of Love and Rockets with its harmonica and simple, yet strong, beat. “I Hate Love” conjures the waves of electronic/dance floor heaviness Garbage hasn’t indulged in much since the brilliant “Temptation Waits” from 1998’s Version 2.0. Acoustic guitar strummings, backed by atmospheric electric guitar notes, shimmer beautifully on “Bright Tonight” while Manson coos “you’ll be who you are/the brightest star across the sky.”  The surprising, well played, and well showcased blues guitar on the album’s final track “Show Me” wraps up the whole affair with nods to the past and the future with its blues-lite riffs and its programmed opening. 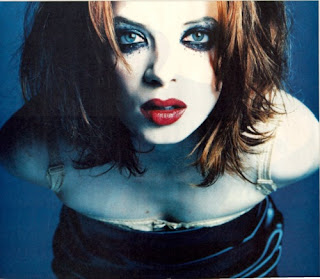 Garbage themselves continue to be just who they are with Not Your Kind of People, which is a hell of a rock band that’s brave enough to continue to forge ahead into an era that is desperately in need of a bands that not only know how to rock, but how to make sterling rock albums. This is something these a little older, a little wiser, but nevertheless consummate rock musicians continue to do. 90s rockers, like Garbage, and their followers (Silversun Pickups, The Joy Formidable) just might end up saving rock…again.
Posted by The Ear at 12:55 AM