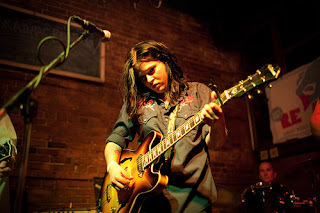 Given Mike McCready’s affinity for alt-country, dirty blues, and Americana it is no surprise that he’s a huge fan and supporter of fellow Seattle musicians Star Anna and The Laughing Dogs. In fact, Mike likes them so much that he played guitar on several of the songs on Star Anna’s last album, Alone In This Together. Mike has even lent the star power of his name, as a headliner on the song art, to a collaboration between himself and the band that was released on Valentine’s Day this year. “Keep On” plays like a slower, sultrier version of his Pearl Jam gem “Down.” The rustic, acoustic, and slight low key grunge sound of the song perfectly meshes both McCready’s Pearl Jam sound and that of Star Anna’s Americana. It’s a great track that should help get the word out on this great band. Followers of Pearl Jam and their individual members’ musical likes and side projects already know a great deal about, and have a strong affinity for, Star Anna and The Laughing Dogs' music. Those plugged into the Pacific Northwest’s music scene know even more about this great band, and their vocally gifted lead singer, especially because they’ve been lucky enough to get to see them live. Hopefully, with the wider recognition that is bound to come from Mike McCready’s name being listed prominently next to theirs, those of us living outside the Pacific Northwest will get to see them. They did briefly tour outside the Seattle and Portland areas in 2011, but the majority of the shows took place in that region.

The coolest thing about Mike helping out of one of his favorite local bands is that he and the guys in Pearl Jam still look to their local music scene for inspiration, and lend a hand to the bands that really have promise. One gets the feeling that Mike, Eddie, Stone, Matt, and Jeff do this, not as A&R types looking to expand their personal holdings off of the next potential big thing, but because they truly are music and rock fans at heart still, and just really want to collaborate with people that stoke their own musical interests. 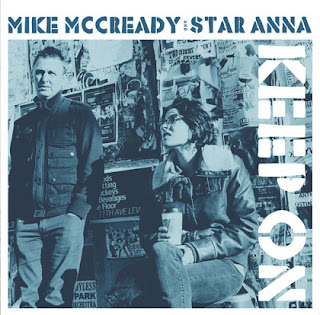 Their 2011 release, Alone in This Together, was a major step up from their first album Crooked Path, moving away from an alt-country focus while embracing a wider genre of American blues, rock, AND alt-country. It gave them a more interesting and varied sound. As the video above demonstrates, and despite a little bit of a joyful outburst of soloing overkill by Mike (that completely rocks and fits the song though), “Wolves in Disguise” is one of the strongest tracks off an album full of strong tracks. I really like this band and can’t wait to hear more from them.