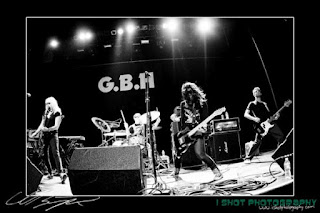 Playing loud, fast, and hard skate punk in the vein of early Bad Religion and The (late great) Soviettes, The Bombpops make some of the most infectious punk rock music with female vocals since…well The (late great) Soviettes. Frontwomen Jen Raz and Poli Van Dam not only thrash their six strings faster than most skate punk veterans, they sing better than most of them as well. With well-crafted and well-executed songs that you can bounce AND mosh to, their debut EPs Like I Care and Stole the TV will be looked back fondly upon one day as the hard core-ish humble beginnings of what just might be the next, hopefully long lived, great skate punk bands.

Rounded out rhythmically by Josh Lewis (drums) and Neil Wayne (bass), The Bombpops might be easy to mistake as a band trading on the hotness of their two singers/guitarists, but after one listen to their EPs this illusion is dispelled. Yes, Jen and Poli are hotties, but they are also accomplished punk guitarists and singers with the type of mature and competent sound that one would expect from a band that’s been around much longer. In fact they cheekily play with the superficialities of their looks (as a band and women) in their video for “Outta Hand” off the Like I Care EP. It took No Doubt a while to get to that point, but The Bombpops wisely decided to tackle it early on, if only a bit more obliquely. 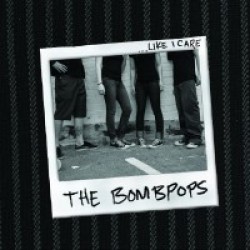 While it would be easy to go on and on about Jen and Poli’s looks, guitar playing chops, and singing ability, it would be more than remiss of me to not give the props due to their great rhythm section. It doesn’t matter how fast, loud and hard you can shred or sing, if you don’t have a drummer and bass player that compliments the out in front sound of a punk band like The Bombpops it's all for naught. Standout tracks like “Outta Hand,” “Open Ended,” “Stuck On Repeat,” “Paranoid,” and “Crazy” (my personal favorite- and not just for its hilarious voice over at the end) can’t be pulled off with good looks and fast licks alone. In fact, on “Crazy” the rhythm section launches and drives the song to heights that are rare for a song that’s only 1 minute and 48 seconds long. 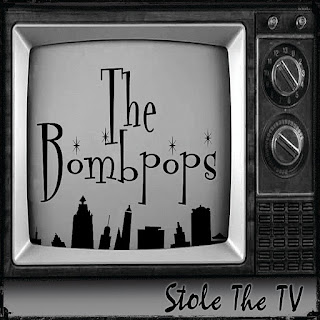 Sadly though, both EPs combined are only 10 songs and 26.7 minutes long. They might be able to pull off a masterful skate punk song in only 1 minute and 48 seconds, but the whole experience goes by too quick. It leaves you wanting more. Happily though, there’s nothing better that can be said about a musical outfit than that. The Bombpops growing numbers of fans are thirsty for more. Hopefully there will be more soon.