Okay…so, the collaboration immortalized above in digital video was, at its best, interesting. At its worst it was…quaint. Metallica undoubtedly cites Lou Reed as some kind of dark influence thematically, or whatever. That’s great. That doesn’t mean that they should make music together. Uniting to cover one of Reed’s classics is fine, especially since they were playing a Rock and Roll Hall of Fame Concert. It was a hitherto overlooked possibility for a Hall concert performance pairing that had some promise. Not many Rock and Roll Hall of Fame collaborations even approach a listenable level after all, due to the often odd vocal parings that take one voice and sharply, often times tone deafly, collide it with another and ruin an otherwise great song. (Take the U2, Bruce Springsteen, and Patti Smith vocal harmonizing disaster that was their collaborative cover of “Because the Night:” great song, two distinct, and one incredible, voice(s), but put them together and…ugh.) The Metallica/Lou Reed performance was decent, but not magical or inspirational by any means. Apparently though, the Metallica camp and Lou Reed himself felt that there was enough musical magic created during their so-so collaboration that it warranted a full on writing and recording collaboration, and an 87 minute long, unintentionally funny, and unintentionally grating album titled Lulu is the result. In all honesty, the music world would have been better off if Metallica and Lou Reed, who individually are still capable of producing quality, if no longer artful or groundbreaking, music, had retired before this collaborative abomination of an album could have, not just been recorded, but conceived. 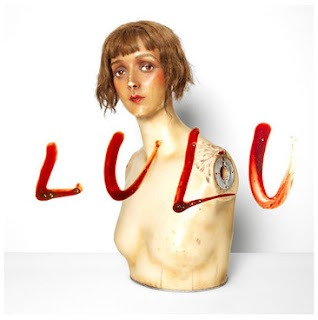 Let’s back up a second though. While I do consider myself a Metallica fan, I do also consider myself a fan of the St. Anger, Re-Load, and Load albums as well. In Metallica fan camps one often has to distinguish oneself as a pre-Metallica (known as “The Black Album”) fan or post-Metallica fan. I see St. Anger, Re-Load, and Load as worthy, and more importantly successful, sonic experiments that demonstrated that Metallica could still make the fast charging and deftly chugging metal music that they always did, but by incorporating new ideas (slower riffs and less athletics coupled with more intricately crafted songwriting) into their speed-metal attack, could open things up sonically and create something fresh. I truly felt that Load was their Achtung Baby. It was their reinvention and, even if they were aping what U2 did along the lines of reinvention, they succeeded at it. There should have been a whole new legion of fans that, along with their true older fans, embraced what they were up to and supported it. Alas, Metallica’s fans didn’t really do this, and Metallica (post-Reload) have floundered musically in the eyes of their fans, both old and new. Metallica returned with an album that rehashed a glorification of the athletics that made them popular in the first place. While it was a good album, Death Magnetic was too little too late. It pissed off old fans because it seemed like they were coddling to them without really being interested in them, and alienated new fans who only really knew Metallica from their grungy guitar Load days. It seemed Metallica was damned if they do and damned if they didn’t. It didn’t really matter though, as long as they made listenable music, a true Metallica fan could listen, enjoy, and look forward to what some of his favorite musicians would be up to next. 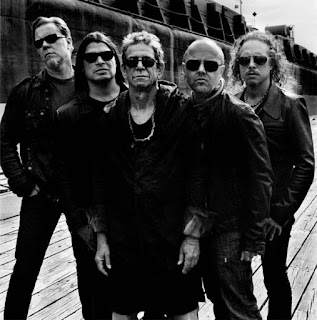 Unfortunately though, even that rare “true” Metallica fan is hanging their head now. There really aren’t any words to describe what Lulu is, or sounds like. The usual proletariat come bourgeoisie descriptors such as crap, garbage, barf, shit, and the like all apply, but Lulu is something beyond these minor obscenities that fall into the category of “we can say this word on FX so we’ll say it every other word “ (as they do in American Horror Story to an unprecedented annoyance level). Lulu is simply sad. Maybe Lulu is some misunderstood attempt at high art that is meant to be misunderstood or something. It is, after all, supposed to be inspired by the German playwright Frank Wedekind’s works Earth and Pandora’s Box that tell the story of a young female dancer’s descent into prostitution, or something…(yeah, even this literary nerd hasn’t heard of these plays, or this writer). What Metallica as a band hasn’t figured out is that if, say it was James who wanted to collaborate, he didn’t have to bring the whole gang along. I still think that it wouldn’t have worked, but at least it could be written off as that experiment that failed. No harm, no foul. These things happen all the time. Metallica though is a group effort and if you want to make music that isn’t going to be marketed under the Metallica brand, then you might as well quit. (Jason Newstead figured this one out a while ago.) The problem though is that if Kirk, Lars, and James are true artists, and I believe that they are, then they should be able to do some outside Metallica projects without jeopardizing the whole group idea. Collaborating with Lou Reed should have been one of these. Sadly though, I might just be totally mistaken in my surmising that it wasn’t the whole band that wanted to collaborate. This just makes the problem even worse…Metallica as a group needs to realize that they are not a New York art band and  are not capable of backing a New York art musician. If Metallica wants to get artsy, they should go back to making records like Load: an album full of songs that rock, tell good stories, and have semen and blood smeared cover art. Some bands are just not cut out to be considered high art or make art rock. Metallica is one of those bands, but that doesn’t mean they can’t be artful…making a shit record with an aging, and past his prime, artist whose style is entirely antithetical to your own isn’t art. It's pretension.
Since this entry is over a week late, and I’m starting to feel lazy at the moment, I won’t launch into a musical breakdown of every song and just how awfully they fail and sound. Instead I’ll leave you with the above snippet of the album. You all have reasonable good ears yourselves. You’ll figure out just what, if everything, fails here.
Posted by The Ear at 5:17 PM