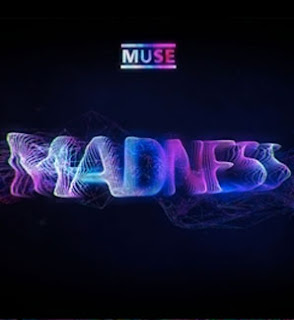 Muse's new album, The 2nd Law is due to drop on October 2nd this year, but three songs have already been released/teased off the new album. "Survival" was the official song of the London 2012 Olympic Games, "Unsustainable," a brilliant dub-step like song created through traditional drum, bass, and guitar is visible and audible all over the web, and "Maddness," the album's latest single is now available through iTunes as part of the new album's pre-order. Like nearly everything that Muse does, it will perennially be compared to whatever Radiohead does, but at this point Muse is light years ahead of Radiohead sonically.


Drawing inspiration from everyone from Queen to David Bowie (as reported at muselive.com), with lead singer/guitarist Matt Bellamy citing Skrillex as a major influence on the album's last two tracks (one of which "Unsustainable" is one), The 2nd Law (referring to the 2nd law of thermodynamics), is promising to be something both new and familiar from Muse. While "Unsustainable" is unique to the band's repertoire, "Maddness" sounds like a track that would have been at home on Uprising or Black Holes and Revelations (if not quite at home on their masterpiece Absolution). A wavering heavy synth drone backing the danceable beat over which Bellamy sings (more clearly and solidly than he usually does) opens the track. Soon though it builds into the full on sonic grandeur that is Muse. The out of nowhere guitar solo about two thirds of the way through the song is a blast of pure Bellamy guitar heroism. The ever expanding and elevating entrance of  Christopher Wolstenholme's base and Dominic Howard's live drums is simply transcendent and, again like most Muse songs, lifts you up while enveloping you in colorful sonic waves while Bellamy's voice serves as the guiding light through the nebulous sonicscape.

Muse is one of the most consistently listenable rock bands with the most interesting, truly intelligent, and brilliantly expanding sound out of all their peers, which are growing fewer and fewer daily. They never waver too far from their hard rock origins, yet they manage to conjure sounds yet unheard of from a trio of hard rockers. The Ear really, really digs this band. You should too.