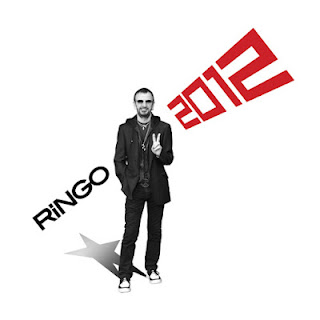 Whether you are a punk rocker, alt-rocker, metal head, or auto-tuned boy band bopper, you owe a debt of gratitude to the band that was all of these things first, The Beatles. Lennon laid the punk and alt-rock foundation (Strawberry Fields, Lucy in the Sky With Diamonds, Revolution) and McCartney covered the rest (everything from Helter Skelter to Yesterday) while Harrison filled in the gaps, but it was Ringo who supplied the beat, and the musical membrane, that held it all together. At 71, the world’s most famous drummer is still writing songs and pounding out beats that many a would be rocker should be jealous of.

Ringo Starr’s solo albums, of which there are 17 now, are all pretty similar musically. They are, for the most part, upbeat and uplifting pop rock collections. Often they are pretty short and to the point as well. Ringo 2012 clocks in at 28.8 minutes, shorter than Green Day’s tour de force Insomniac. Ringo won’t hesitate to tell you that, like his late band mate, all he really needs, and believes in, is love, and a healthy dose of peace. All he really needs is a good beat too. The type of beat pounded out on the same type of drum kit that he famously popularized during his days as a mop top. Finally, a little help from his friends rounds out all that Ringo needs to record an album. Ringo 2012 definitely showcases a good many of his friends. Dave Stewart, Joe Walsh, Michael Bradford, Charlie Haden, Van Dyke Parks, Kenny Wayne Shepherd, Benmont Tench, Don Was, and Edgar Winter all guest star on Ringo 2012.

As is often the case with Ringo though, despite all the collaboration, Ringo is a little too short and to the point. In the opening track, titled “Anthem,” Ringo announces “This is an anthem. We know. We know what we got to do.”  Well, duh. There’s something to be said for the direct approach though too. In this aspect, Ringo displays a tried and true punk ethic, if thematically instead of musically. The sound of marching boots, which leads into his signature thumping and Beatlesque sounding opening guitar line, demonstrate that Ringo is deadly serious about continuing his steady and career long march into the realms of continuous protest in favor of peace and love.

In the process of covering this familiar territory, he manages to cover Buddy Holly (“Think It Over”) as well as himself. “Step Lightly” from his 1973 album Ringo, and “Wings” from Ringo The 4th get reworked and updated here as well. His cover of Lonnie Donnegan’s hit “Rock Island Line” pays tribute to, as well as bringing attention to, the influential skiffle movement of the 1950s that is quickly fading from pop culture memory. “In Liverpool,” another one of the album’s standout tracks, showcases Ringo at his most misty memoried. Reflecting on his days as a kid in Liverpool, England he seems to be speaking to his fellow Beatles, both living and past, when he asks “How was it for you?” It’s pretty obvious how it was for Ringo judging by where he is now. Ringo is still drumming, spreading the love, and most importantly still rockin’. His formative days in Liverpool with the boys, “acting like fools” and “breaking the rules” aren’t much different from his days now, some five decades later. Ringo is a little less foolish, obviously, but he’s still breaking the rules. No 71 year old should still be able to rock this ably or joyously. As has often been the case with Ringo though, the regular rules don’t often apply.