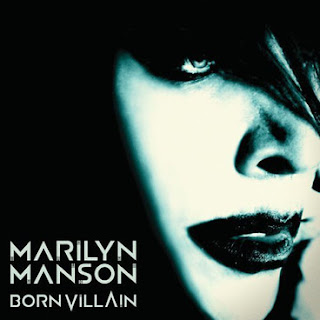 I hated Marilyn Manson and his shtick for a long time. Mostly because it was over the top silly in an effort to be frightening, he showed his ass (literally) at the MTV Music Video Awards, and scores of pre-adolescent and early adolescent kids dressed up like him and his band and hung out at amusement parks as if they were doing something truly rebellious or revolutionary. His lyrics were of the garden variety “I hate myself and the world” and “I’m the antichrist” themes. Manson’s only redeeming quality was the way his music sounded, but it took Trent Reznor (Manson was a former NIN collaborator) to give it some sonic punch by turning up Manson’s guitars. I started warming to Manson’s music, and some of his message, when I heard “The Fight Song” off of Holy Wood (In the Valley of The Shadow of Death). Manson’s refrain “The death of one is a tragedy/The death of a million is just a statistic,” (I don’t know if he came up with that or not) really captured my attention. I finally found an excuse to justify my listening to Manson, after all, someone with that much anger must care about what’s going on in the world to rail against it so. Later on, I would be ashamed to admit that I really, really liked Golden Age of Grotesque. It wasn’t lyrically expansive or anything, but it did rock. Now comes along Manson’s eighth album, Born Villain, and I wondered how I would react to it…if I would react at all…


Born Villain is actually good. In fact, to me, it is just behind Golden Age of Grotesque and might even, after a few more listens, overtake that album as my favorite Manson album. Sounding a little more stripped down and straightforward than Grotesque, there is nevertheless no lack of hard hitting percussion, bass, and metal guitar on Born Villain. Over the course of Manson’s career his music has steadily progressed from industrial metal to metal tinged with some industrial flourishes. On Born Villain, Manson goes for a little more of an expansive rock sound, and even sounds downright grungy on “Lay Down Your Goddam Arms.” The main riff almost sounds like a tribute to Kim Thayil of Soundgarden.

Lyrically, Manson is up to his same old tricks and themes: God as and evil, or at least an amoral, force as portrayed on ‘Hey Cruel World” and self-effacing lyrics dominate the album. There is a bit of world weariness creeping into his voice here and there though. You have to look hard for anything hopeful, but when you finally get the sarcasm, it’s not hard to find. He also seems to get a little more personal and inflective here and there as well. "I'm not man enough to be human but I'm trying to fit in and I'm learning to fake it” bewails Manson on “The Gardener.” Honestly, though he might just be trying to connect with a whole new legion of disaffected youth. There isn’t much of a market for this kind of shock rock with most Millennials though. Their attention span is too short to properly absorb what Manson is, and always has been, up to. Namely, he’s a punk who likes metal and goth. He just wants to scream as loudly as possible the world while revealing its hypocrisy. At least he quotes some Shakespeare along the way this time. 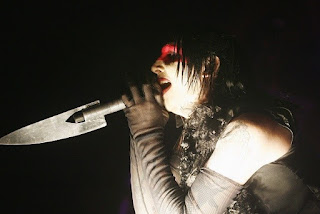 Yes, the spoken word intro to “Overneath the Path of Misery” is the famous “Sound and Fury” soliloquy from Macbeth. I know this not only because I’m a lit-geek myself, but because I had to memorize this little poetic musing when I was in 9th grade. It has always remained with me. Macbeth was, and is, one of my favorites of Shakespeare's plays. Any musician who quotes Shakespeare, and Macbeth in particular, can’t be that boring (or bad) lyrically and artistically. On Born Villain, Manson is anything but boring musically. I just wish he’d distance himself a little further from the shock shtick. It’s really run its course, and it detracts from the artistry of his music.